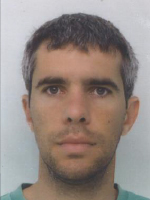 Researcher specialized in the synthesis of inorganic materials, CEA-Liten

Dr. Cedric Haon (male) was Engineer R & D at Praxair MRC (3 years) and CEA researcher since 2010. Cédric Haon received his MSc degree from INPG-ENSEEG (2003), and has done his PhD in Materials Engineering at INSA Lyon (2006).

Cédric Haon is specialized in the synthesis of inorganic materials as for Li-ion batteries and electrochemical characterizations. He is responsible for the development of silicon-based anode materials. He is involved in several European projects: SPICY, SINTBAT, SIRIUS, SPIDER and Flagship Graphene.

He is co-author of 7 patents, 11 publications and co-advisor of 4 PhDs and several master trainees.