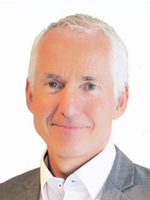 The new EU batteries regulation impact on the European industry

Claude Chanson is General Manager of the Recharge association. He has an engineering degree from Bordeaux Graduate School of Chemistry and Physics and a PhD in electrochemistry from the University of Bordeaux 1.

He joined the Saft Group in 1986 initially as an engineer in research and development and as project manager in the telecommunications and e-mobility sectors, before taking the posts of Division Technical Manager and Director for Li-ion technology. He has been with Recharge for seven years, representing the rechargeable battery industry’s interests at European bodies and international transport organisations, such as UNECE and ICAO.

He has been involved in several EU funded projects, either as a consortium member (such as ELIBAMA project- FP7 or Prosum-  H2020), or as scientific adviser (such as SCRREEN, or SABATAIR – H2020).

He his expert in multiple Lithium and other batteries technologies, including R&D, manufacturing and recycling, as well as safety and in depth knowledge of batteries LCA.