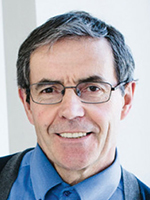 Professor, Chair of Solid-State Chemistry and Energy at the Collège de France

Jean-Marie Tarascon is a specialist of Solid-State Chemistry. He started his carrier in the U.S., first at Cornell University (1980), and subsequently at Bell Labs and Bellcore until 1994. He then became professor at the Université de Picardie Jules Verne and director of the Laboratoire de Réactivité et Chimie des Solides (LRCS UMR CNRS 7314) in Amiens.

In 2011, he founded the French Research Network on Electrochemical Energy Storage (RS2E), a CNRS research federation grouping together industrial and academic actors in the battery and supercapacitor fields.

Among his first research topics were the electronic properties of Chevrel
phases as well as their ability to insert alkali cations. At the end of the 1980’s, Jean-Marie Tarascon headed the chemistry group at Bellcore and worked at high Tc cuprates supraconductors and the role of oxygen non-stoichiometry, cationic substitutions, magnetism or structure modulation. He thereafter came back to electrochemistry and became a globally recognized specialist on energy storage.

Jean-Marie Tarascon’s credits as a battery researcher include the development of a plastic and flexible Li-ion battery. Since he moved back to France, he has been working on advanced technologies for tomorrow’s batteries, enlisting the development of new “chimie douce” synthesis routes for battery materials, Li-rich layered materials, metal-air batteries and electrocatalytic reactions as well as redox flow systems and other technologies beyond Li-ion batteries (for instance Na-ion batteries).

He accepted the Chair of Solid-State Chemistry and Energy (Chimie du Solide et Energie) at the Collège de France in 2014, where he has been a professor since.